How I Became A Life Coach

For as long as I could remember, I had wanted a horse, and much to my surprise (I am no longer surprised at what the Universe does for us), in November 2004, I became a horse owner for the first time. How this all came about was interesting and is another story in itself. When I purchased my first horse, Royal, the only thing I knew is that I loved horses. I also did not have any knowledge about the care and feeding of horses. So, Kim, Royal’s previous owner, taught me that she became my best friend in the process. As I learned and grew in my horsemanship skills, Royal and I became a TEAM! Riding him, caring for him, and learning from him and myself through my horse experiences, created a completely new world for me. Little did I know that this new world of horsemanship was just the beginning of what was brewing for my future? 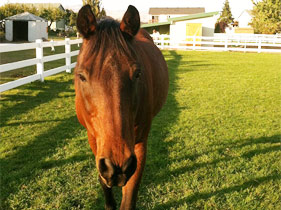 Royal had since passed but not before he led me towards a new life…He was the catalyst that brought me to “A Tail of New Beginnings.” Before he departed from this world, I added another member to our team, Cody. Cody was three at the time of his arrival into our small herd of two. Cody was a rescue horse from “Serenity Equine Rescue” in Kent, WA. Lorrin, Cody’s foster mom, became another one of my dearest friends. Meeting Lorrin and purchasing Cody created another new beginning, leading me towards the “Equine Gestalt Coaching Method.” EGCM is a coaching method that sometimes incorporates my horse(s) in the coaching process.

In November 2012, I left my husband and moved from Washington State to Utah, where I ultimately found myself unemployed and unable to find a job in my career field. After several months of loss, loneliness, fears, disappointment, and situational depression, I moved to Colorado for a job. The job– though in my career field–was, by no means, the job I wanted to be doing. I found myself even more uncertain as to my future. I continued to look for work that would bring a sense of wholeness, a feeling of worth, a job that would satisfy my need to help others, a job that I would love doing and have recognition for my contributions. At that time in my life, I often described it as being in a toilet bowl that would not stop flushing. I am happy to report that it is no longer the case! 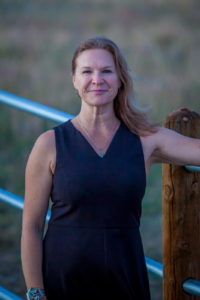 In June of 2014, my friend Lorrin had also moved and was living in New Mexico. She was often traveling up to Longmont, Colorado, for workshops in a Life Coaching program that she had entered into. Often she would stop and visit me, Royal and Cody. When Royal passed, Lorrin was the healing hand to assist me with his passing. Over dinner, Lorrin and I were discussing the program she had been studying on one particular visit. I was fascinated and asked many questions about it. She encouraged me to look further into the program and to consider applying. I explored and felt that it was what I had been looking for. Let the journey begin anew again! I decided.

Fast forward to July 2015; I have completed one year of the training to be a Life Coach through the “Equine Gestalt Coaching Method.” I have another year of work to do to complete the program and become certified. Still, each day is one step closer to “A Tail of New Beginnings,” the name my Life Coaching business will bear when I finally reach my graduation and can say that I am certified.

This site uses cookies. By continuing to browse the site, you are agreeing to our use of cookies.

We may request cookies to be set on your device. We use cookies to let us know when you visit our websites, how you interact with us, to enrich your user experience, and to customize your relationship with our website.

Click on the different category headings to find out more. You can also change some of your preferences. Note that blocking some types of cookies may impact your experience on our websites and the services we are able to offer.

These cookies are strictly necessary to provide you with services available through our website and to use some of its features.

Because these cookies are strictly necessary to deliver the website, refusing them will have impact how our site functions. You always can block or delete cookies by changing your browser settings and force blocking all cookies on this website. But this will always prompt you to accept/refuse cookies when revisiting our site.

We fully respect if you want to refuse cookies but to avoid asking you again and again kindly allow us to store a cookie for that. You are free to opt out any time or opt in for other cookies to get a better experience. If you refuse cookies we will remove all set cookies in our domain.

We provide you with a list of stored cookies on your computer in our domain so you can check what we stored. Due to security reasons we are not able to show or modify cookies from other domains. You can check these in your browser security settings.

We also use different external services like Google Webfonts, Google Maps, and external Video providers. Since these providers may collect personal data like your IP address we allow you to block them here. Please be aware that this might heavily reduce the functionality and appearance of our site. Changes will take effect once you reload the page.